& Free Shipping
UPC: N/A SKU: PE333 Categories: Perry Ellis, Men, Perry Ellis
1. Enter Prescription
Disclaimer:
Enter the details below as they appear on your prescription from your doctor.
Leave 0.00 or None If the prescription is empty.
Glasses prescription are different from contact lens prescription. 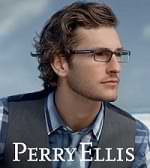