(Tips:Very Important to have PD for RX lenses)
( +$25 )
Photo
Upload Prescription
Upload a photo of prescription to your account. Let Finest Glasses verify your prescription to make correct lens. 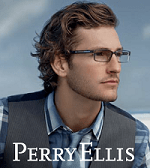 Be the first to review “Perry Ellis PE305” Cancel reply